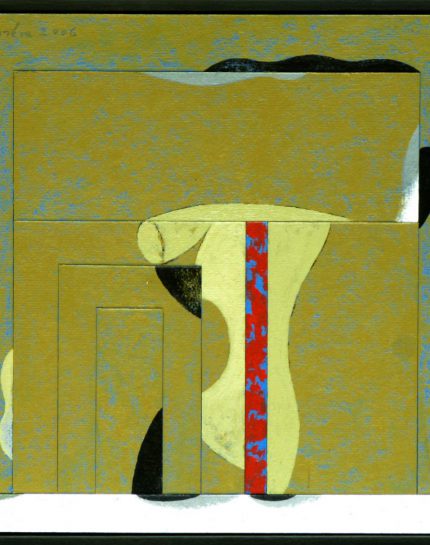 The 13th International Congress of Aesthetics – Brazil, entitled “The Ends of Art”, aims to highlight recurring themes in the history of philosophical aesthetics, elaborating the already constant ambiguity in its title, namely: “fins”. The term refers to the millenarian discussion about the uses of art in the past, present, and future. This takes on the important question about the autonomy of art and the regime of its heteronomy that not only asserted itself in its beginnings, but still imposes itself in the form of market demands tending to disfigure the original impetus of important aesthetic manifestations. On the other hand, the concept of “os fins” opens discussion to the numerous formulations of a possible end of art, as echoed by G.W.F. Hegel in Lectures on the Philosophy of Art, “…the conditions of our present time are not favorable to art…In all these respects art, considered in its highest vocation, is and remains for us a thing of the past” (10).

Regarding the discussion of possible purposes of aesthetic objects, it is to be said that the topic is as old as the reflection on art itself, referring, for example, to several dialogues of Plato, being the most well-known of It is here that the philosopher demonstrates suspicions of the imitative arts, in view of its potentially deceptive power, with its losses in the formation of the citizens of what would be a perfect polis. Under this point of view is the conviction about educational effects of art on people, which signifies one of its specific purposes, namely music – art of muses – next to gymnastics as the main methods for the education of citizens. Still in the realm of Greek philosophy, Aristotle, in Poetics, touches on the concept of the purpose of art is found in the emphasis on catharsis as the propitiator for the purification of the spirit through the experience of terror and compassion. Even at the end of Antiquity, Horace, in his “Ars Poetica”, declared that poets want to be useful or delightful (“Aut prodesse volun aut delectare poetae”), and thus, draws attention to the possible uses of art.

In the Middle Ages, when culture as a whole was the subject of Christianity, artistic manifestations were generally conceived as a means of ad majorem Dei gloriam, and thus had the explicit purpose of celebrating the glory of God. Even in advanced periods, such as the time of St. Thomas Aquinas, the true perfection of a work of art – its perfectio prima – resided in the adequacy to its purpose; formal beauty was considered secondary and deemed  its perfectio secunda.

It was during the Renaissance, with the conception of artistic virtuosity, that the idea of art’s intrinsic value, one not subordinated under external purposes, emerged. It was through this point of view, whose debate achieved a philosophical summit with the conceptions of “disinterested pleasure” in the judgment of taste and “conformity to endless ends” in Immanuel Kant’s Critique of Judgment embodied, as already pointed out, in the contemporary discussions on the autonomy of art.

Something similar occurs with the other meaning contained in the expression “os fins da arte”: the Hegelian prognosis about a possible end of art reverberated throughout the aesthetics from the beginning of the twentieth century to the present. This is evidenced in the works of Gyorg Lukács, Martin Heidegger, Walter Benjamin, Theodor Adorno, Herbert Marcuse, Gianni Vatimo and Arthur Danto, amongst others.

In view of the trajectory of these two conceptions of “os fins da arte”, which until now preserve their importance in contemporary debates on aesthetics, this conference aims to address some of the most pertinent aspects of the title in its multitude of meanings.