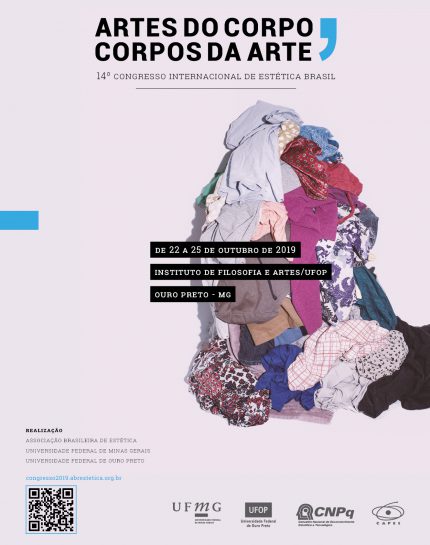 With rare exceptions, philosophy has historically portrayed the body adversely: prison of the soul, impediment to morality or a hurdle to knowledge and truth. In aesthetics, however, body and sensibility have always been key issues from its earliest times – namely, when aesthetics became a philosophical subject which dealt with questions beyond the scope of epistemology and moral. During the 18th and 19th centuries, the admissibility – not without some strain – of an organicity between the different types of art often compelled to establishing unity between them. Bodies of art denote, in this sense, multiple ways of systematizing the production of artistic objects, which take the body as a structural model. More recently, the bodies of art are taken as something wider. In a way, all arts are arts of the body. Foremost because all artistic production manifests, in some degree, the body’s potency. Moreover, from the reception perspective, all art requires a body to perceive and experience it; also, many works rely on the mobility of the body that interacts with it.

Thus, the arts of the body and the bodies of art would be, at the same time, the artistic objects, the bodies of the artists and the bodies of the public – also cocreators. As dwelling, as skin, the body is a place, a scale, an intrinsic part of the art of building spaces, cities and the planet. As a support, the body is the medium for arts and cultures. As an object and instrument of art, the body serves while indulging investigation, becoming a commodity. As art and knowledge, bodies give existence to cultures and worlds. As an organic structure, bodies are (re)organized technologically or technoartistically. As part of a wide (un)sensitization of daily life, the roles played by the bodies become a growing aesthetic provocation.

Investigations in scenic and performing arts are flourishing and enhancing; imagetic and sound arts either shake or completely undermine the belief in a corporal identity ensured by the enthronement of physiology. Such researches take an eminent political character, as the constitution of subjectivities – which are marked by an identity supposedly based on the physiology of the bodies – is the foundation of countless control mechanisms of biopower. Therefore, to think philosophically about the relations between art and body is also a way to problematize body normatizations and naturalizations, bringing marginalized forms of corporeality to the center of the debate, be it in terms of sexuality and gender, class, race/ethnicity and territory, technology or even featuring in our many everyday life activities.

The XIV Brazilian International Congress on Aesthetics – “Arts of the body, bodies of art”, will receive researches that address the main theme in its complexity and multiple perspectives, as well as the related sub-themes:

Philosophy of dance, of theater or of performance

The repression of the body in philosophy

Body and art in psychoanalysis

Cultures of the body and sports