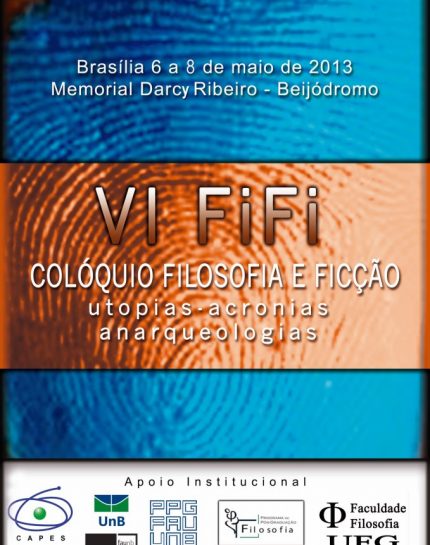 The 6th International Colloquium of Philosophy and Fiction was held at Brasília, DF, from 6 to 9 April 2013, and had as its main theme “Utopia, Acronies and Anarcheologies”.